Academy of Art University Alumni and The Golden Globes

The New Year is a golden opportunity for new beginnings, but it is also time to celebrate golden achievements of the past year. For those involved in the film and television industries, this time of year brings the excitement of the 77th Golden Globe Awards, honoring the best in film and American television from throughout 2019.

On Sunday, January 5, 2020, the live event was hosted at The Beverly Hilton in Beverly Hills, California, and will air on NBC. As with many years in the past, several alumni from Academy of Art University in San Francisco were instrumental in helping some films attain the level of quality that earns Golden Globe nominations. 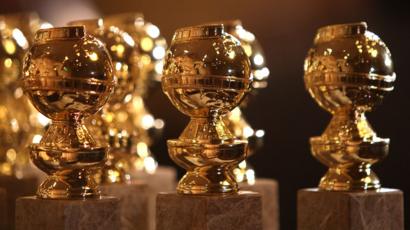 The following graduates of Academy of Art University contributed their talents and skills to these projects.

Mr. Link recruits an explorer to help find his long-lost distant relatives in the fabled valley of Shangri-La. Along with adventurer Adelina Fortnight, the three explorers travel the world to help their new friend. Missing Link took home the award for Best Motion Picture.

Toy Story 4 is the continued story of the beloved Pixar Toy Story characters as they road trip alongside a new toy called “Forky.” Toy Story 4 was nominated for Best Motion Picture in the Animation category.

Frozen II follows Anna, Elsa, Kristoff, and Sven as they set out to discover the origin of Elsa’s powers in an effort to save their kingdom. Frozen II is a contender for Best Motion Picture in the Animated category and Best Original Song.

All three of these films are nominated for a Golden Globe Award for Best Animated Motion Picture, thanks to the hard work and skills of these Academy alumni and their associates.

Preparing for the Entertainment Arts Industry at Academy of Art University

As you can see above, there are numerous roles people can play in the entertainment industry without being in front of the camera. Indeed, there are dozens of jobs for people behind the scenes that are critical to a film or program’s success. For those seeking to prepare for a career in entertainment, Academy of Art University has several paths you can follow.

The School of Acting prepares students to become proficient in the artistry of theatre, film, and television. Instructors in the Academy of Art University School of Acting are professional, working actors themselves, who can pass along relevant and timely skills and experience to prepare students for a wide variety of projects.

Students will gain impeccable skills needed for an exciting career in this vibrant and growing industry from the School of Animation & Visual Effects (VFX). Aspiring visual effects artists, 2D and 3D animators, and storyboard artists come to the Academy to learn from industry professionals actively working in the heart of the animation industry.

The School of  Communication & Media Technologies is thriving in a time when these skills are in great demand on every multimedia platform. From broadcast and streaming, to mobile and social, students will learn to shoot, edit, and produce stories that inform, entertain, and engage audiences of every stripe.

Immerse yourself in the exciting world of filmmaking at the Academy’s signature School of  Motion Pictures & Television. Students will study with talented, experienced professionals who are currently working in the entertainment industry, including Academy and Emmy Award winning artists. Graduates from this program will possess the skills and talent needed for maximum industry preparedness.

Turn that love into a successful career through the Academy’s innovative music production program. Industry professionals teach the artistic and technical aspects of music design and production at the School of Music Production & Sound Design for Visual Media, especially as they apply to filmmaking and video game production.

In the School of Visual Development, artists learn the key elements of the production pipeline – setting the artistic design and even the moods for images that will entertain a wide variety of audiences. Students will be deeply immersed in twenty-first century media and all its aspects in order to prepare for an exciting career.

Students wishing to learn feature film and television screenwriting from Academy and Emmy Award-winning writers, producers, and development executives will be right at home in the Academy’s School of Writing for Film, Television & Digital Media. Budding creatives will learn the art of visual storytelling along with basic production realities concerning directing and acting, and how all these elements combine to produce effective script writing.

Academy of Art University is Your Golden Opportunity

For those who are enthralled with the idea of entertainment and creativity for the screen, Academy of Art University is the place you begin. The Academy’s top-tier, accredited programs feature the latest technology, industry-active instructors, and plenty of opportunities for hands-on experience in real-world environments. All from the heart of San Francisco, one of the most creatively thriving cities in the entire world.

As the largest private art instruction school in the United States, Academy of Art University has been training artists and creatives for a wide variety of industries since 1929. Academy alumni contribute to popular and ground-breaking film and television at companies like LucasFilm, Disney, Nickelodeon, Pixar, Industrial Light & Magic, American Idol, MGM Studios, Warner Brothers Studios, Marvel, and Sony Pictures, just to name a few.

Are you ready to explore the possibilities of a creative career in motion pictures and television, or some other artistic venue? For more information, visit academyofart.edu.

Happy to take Services (WordPress Development and Designing) From Blogwebpedia. A elegant and useful solution that removes complication.