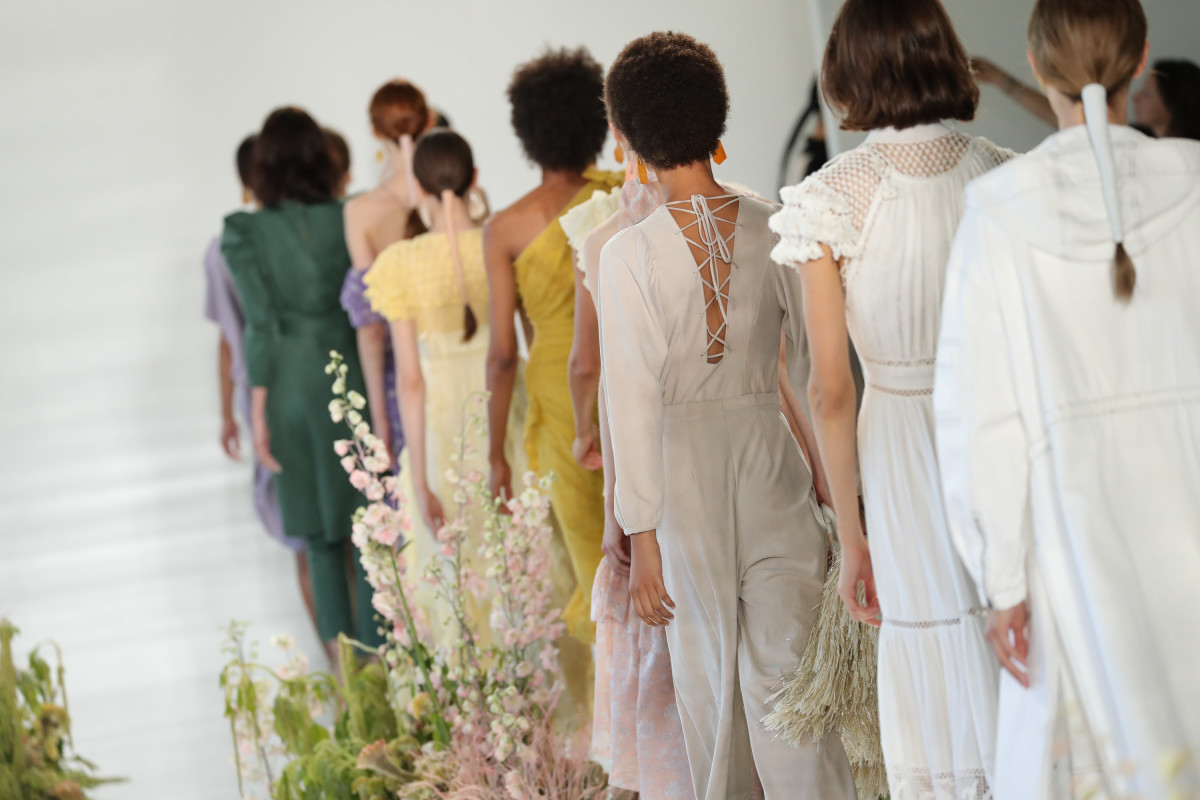 Rising atmospheric temperatures create unstable weather patterns, disrupting industry, lifestyle, and livelihoods. Scientists have predicted that temperature levels will increase by four degrees before 2100 – based on current carbon emissions and societal structure. However, to ward off the worst of the impacts of that global temperature change, drastic changes must be made to daily life overall.

Luckily, individual people have started to jump in on the sustainable bandwagon. Straw bans are taking place worldwide, more and more people are taking the plastic-free July challenge, giving up plastic bags, and walking when they can. Critics of plastic bans have said that corporations will have to make more significant changes, however – not just the everyday person.

These critics are half right. Big industries, including the fashion industry, have made the most significant impact on global carbon emissions. But where critics are wrong is that small changes, or grassroots changes, do make a huge difference.

Consumers Hold the Key to Changing the Industry

It is estimated that by 2050, fashion manufacturers might use 25% of the world’s carbon budget – meaning that without drastic change, it is likely that fashion will contribute the most to the rapid environmental downfall and climate change that is set to shake our world within the next 100 years. Grassroots change is pivotal to fashion industries changing their rates and methods of manufacture, and Millennial consumers are doing just that.

As of the beginning of this year, the used retail market was up, and fast fashion retailers have found themselves under the threat of its influence. Consumers cite many reasons for this swift change – the cheapness and reliability of used clothing, the variety, and more importantly, the way that used clothing works for the environment rather than against it.

In 2018, fast fashion had only a $10 million lead in the fashion market, its worth estimated around $34 million with the fashion resale industry estimated at $24 million. It is expected that number will increase, which is why now is the time for those investing in stocks to get stock in fashion resale brands.

It initially started as an e-commerce and brick-and-mortar venture, with Julie buying and selling clothing, art, and fine used goods to people for a fraction of the cost. While the lure of high-end but affordable products is one of the biggest draws of the company, Wainwright also had some other issues with the fashion industry she sought to tackle.

The first, of course, was the wasteful linear cycle of clothing. Clothing consumption has increased an estimated 400% since the 1980s, and most of that clothing ends up in a landfill after only a few uses. From there, the clothing either sits in landfills forever or is burned and its toxic fumes contribute even further to the fashion industry’s carbon footprint. The RealReal sought to get this clothing, jewelry, and other usable items out of landfills and into the homes of people who could use them.

However, the RealReal also wanted to combat another issue with used clothing – authenticity. Often, consignment stores will sell clothing, purses, jewelry, and other goods that bear the markings of high-end designers at a higher cost. However, many of these articles are not authentic. By employing in-house gemologists and horologists, the RealReal works to sell high-end items without the fear of purchasing something that isn’t precisely per its description.

Now, among retailers like ThredUP, investors can put their money in The RealReal and its industry-changing practices. The company went public at the end of May, and their shares got off to a great start, soaring well above what they expected. Going public was only one of the reasons why the company saw such a soar in its growth over the past year.

This growth made CFO Matt Guske confident to estimate The RealReal’s future trade value at $200 billion. The company recently opened the sale of $70 million in shares, and while Guske estimated the value at a high of $200 billion, the more conservative estimate is $1.06 billion to be made over the next year.

Of course, with any investment, this growth is not cemented in stone. Growth will be dependent upon fundraising efforts as well as the strength of the stock and the company itself. The RealReal stands to benefit from this regardless of its performance during its first year.

Investment opportunities help raise awareness of brands and their company policies, and with that awareness comes a steady increase interest in the company. With the company’s policies so heavily worked around environmental sustainability, their public shares are one of the actions the green movement needs to make a more significant impact.

What Does This Mean for Fashion?

The RealReal’s going public does not mean that they are the only ones staked to see growth. This estimate ensures that other resale brands will also likely do well on the market this year. This is good news for consignment shops worldwide, as well as for the potential of green fashion in the future. Finding out a way to work environmentalism into capitalism has been a struggle, but companies like RealReal are making waves in their trade.

Ford Moves Ahead with New Tech and Improved Customer Service

Maarten De Jeu On Starting A Career In Corporate Development

CHADWICK BOSEMAN LEAVES A LEGACY TO THE CHILDREN AND ADULTS