Max Salk and The Value of an Eclectic Mix of Interests

For the vast majority of us, juggling our professional and personal lives is enough of a task by itself even if we don’t have as many interests and pursuits as Max Salk. But the well-traveled Salk—a landscape photographer, financial professional, dedicated volunteer, and an avid sports fan—makes it all look so easy. Making his juggling act even more impressive is the seemingly wide gulf of dissimilarity between his interests. After all, most financial professionals aren’t the type of people who you’d expect to be toting a camera around the world taking pictures of breathtaking landscapes.

So for those of us who are looking for strategies, principles, and tips to run our busy lives a bit more effectively, Max Salk provides an inspiring example. In addition to his dynamic, successful career in New York City, Salk does meaningful work with The Navy SEAL Foundation, a non-profit dedicated to raising money to support programs for Navy SEALs and their families. His pursuit of landscape photography also takes up quite a bit of time; Salk has traveled to Thailand, the Netherlands, and all over the United States taking incredible pictures of many iconic landscapes.

Taken on face value, we often jump to the conclusion that such a diverse range of interests and pursuits would put Max Salk at a disadvantage. But this is a flawed way of looking at how a range of interests can impact your life overall. We’ll show in the following paragraphs that Max Salk’s multiple disciplines all coalesce in a way that provides him value in his personal and professional life.

The Universality of Diverse Pursuits

Naturally, as we become engrossed in anything, whether it’s learning to take great photographs or playing the guitar, we learn more and more about the technical details of those practices. For photographers like Max Salk, that means learning how to take advantage of natural light, how to position a particular photograph and many other considerations. For a guitarist, the technical details might include learning various techniques for fingerpicking or mastering scales. Either way, taken at face value, these techniques look as different as two things could possibly be. But fundamentally, success as a guitarist requires many of the same things you need to be successful as a photographer.

For example, as a photographer, it’s important to pay attention to the structure of the photograph. That means using shapes, lines, or points of interest to draw the viewer’s eye into the photograph. Similarly, if you’re playing a song on the guitar, you’re always going to be playing in a certain “key.” Within that key is a range of notes that all fit together and sound nice when you play them—any notes you play outside of that key won’t sound right. In both cases, photography and music, there are strict structures that—while they might not be visible or audible to a beginner—become very obvious and helpful for experts. These are the types of foundational principles that are universal to several forms of art whether you’re painting, sculpting, composing a song, or taking a picture. Moreover, understanding these principles in one area makes it far easier to understand those principles in another area. In other words, the more interests you have and the more you learn, the less you have to learn when you decide to pursue another interest.

Still, the universality of diverse pursuits goes beyond technical details into the attitude of the person. Often, for one reason or another, many people believe there’s a limit to the number of things they can do well, so they don’t even attempt certain things. Of course, when you don’t attempt something, you don’t improve at it and you prove your assumption that you can’t do that something—it becomes a self-fulfilling prophecy.

Max Salk is a great example of someone whose attitude helped him learn and develop skills in many different areas. Salk recognized that he could learn and improve in any field if he was dedicated to learning the craft. After all, what often separates an expert from a beginner is nothing more than the countless hours that the expert has dedicated to his or her craft. It might surprise you to know that having a diverse range of pursuits like Max Salk can actually be a major catalyst for creativity. Tina Seelig, author of the book, Ingenius: a Crash Course on Creativity and the executive director of Stanford University’s Technology Ventures Program cites knowledge, attitude, and imagination as key ingredients for a creative person.

Seelig explains that knowledge doesn’t necessarily have to be directly applicable to the problem you’re trying to solve. In other words, knowledge in one subject area—for example, photography—can inform creative solutions to problems in a completely different subject area. In this way, “knowledge” in the context of creativity is different than how we traditionally think about it. In the context of creativity, all knowledge—whether it’s directly applicable or not—becomes an ingredient for creativity. Critically, there’s no way of knowing what knowledge will provide the key ingredient for a creative solution to a specific problem, so it makes sense that pursuing a variety of personal or professional goals will increase the creativity you bring to problem-solving in any field, professional or personal.

That’s why it’s important that, rather than considering the knowledge and skills you gain as solely applicable to the field of study in which you acquired that knowledge and skills, it is useful to open yourself up to thinking about how your skills and knowledge in one area can be applied to another. That said, you shouldn’t restrict yourself to only learning about areas of study that you believe will be applicable to the interests you already have because it’s impossible to know what knowledge will end up being the secret ingredient to your creative solutions. Steve Jobs is a prime example of someone who pursued many different fields of study and managed to apply various areas of knowledge to create incredible products. For example, Jobs took a calligraphy class at Reed College for no other reason than the fact that he was interested in it. Then, when he was developing one of the first personal computers, he used the principles of typography that he’d learned in his calligraphy class and applied them to the typography of his computers.

Max Salk also provides a good example of this with his career in finance and interest in landscape photography. Though they are two completely different subjects, as a photographer, Salk has a unique understanding of the importance of presentation and how significantly small details can alter the viewer’s perception. As a result, Salk puts emphasis on how he presents his work to others in his career. Because of his understanding of visual presentation, he can use those skills to present his work in a way that draws attention to the concepts and principles that he wants his audience to pay close attention to.

In this way, you can see that diverse pursuits—though it may seem as if they distract from one another—actually connect quite frequently in meaningful and useful ways.

An Open Attitude Towards Failure

Something that anyone with an eclectic range of interests will often learn is to have an open attitude towards failure. Intuitively, this makes sense since someone who has many interests and hobbies is going to try many things, and anytime you try many things, you’re going to fail. But failure in itself is not a bad thing unless you allow it to be. Max Salk could have easily dissuaded himself from continuing to pursue his passion for landscape photography as a beginner. After all, when you first start out with something, you’re rarely going to be very good at it. To continue improving, you’ll have to have an open attitude towards failure.

As it happens, attitude is one of Tina Seelig’s—the Stanford professor mentioned earlier—ingredients to creativity. According to Seelig, taking the attitude that unanticipated outcomes aren’t failures but rather new information which can be learned from, is critical for innovation and creativity. In this way, you can see how tackling many, diverse projects can help you harvest the ingredients for creativity. After all, the more ambitious you are in setting goals for achievement in many areas, the more you’ll learn in pursuit of those goals. Plus, if you have the right attitude, you’ll expose yourself to new information regularly which—again—fuels the engine of creativity.

In addition to being critical to creativity, this attitude is also important to adopt for anyone who wants to stay focused even with a wide variety of professional and personal pursuits because taking each failure to heart will become draining very quickly. Of course, this is easier said than done, but it’s a key component of how Max Salk stays focused enough on landscape photography, finance, traveling, and volunteering to remain as productive as he can be in each pursuit while also improving in each area. If Salk didn’t have the right attitude, he’d let failures from some interests leak over into other pursuits which would sap his energy. Instead, he learns from failures in all areas of his personal and professional life to find ways to improve in each one of those areas. And in this way, his eclectic mix of interests works in his favor. 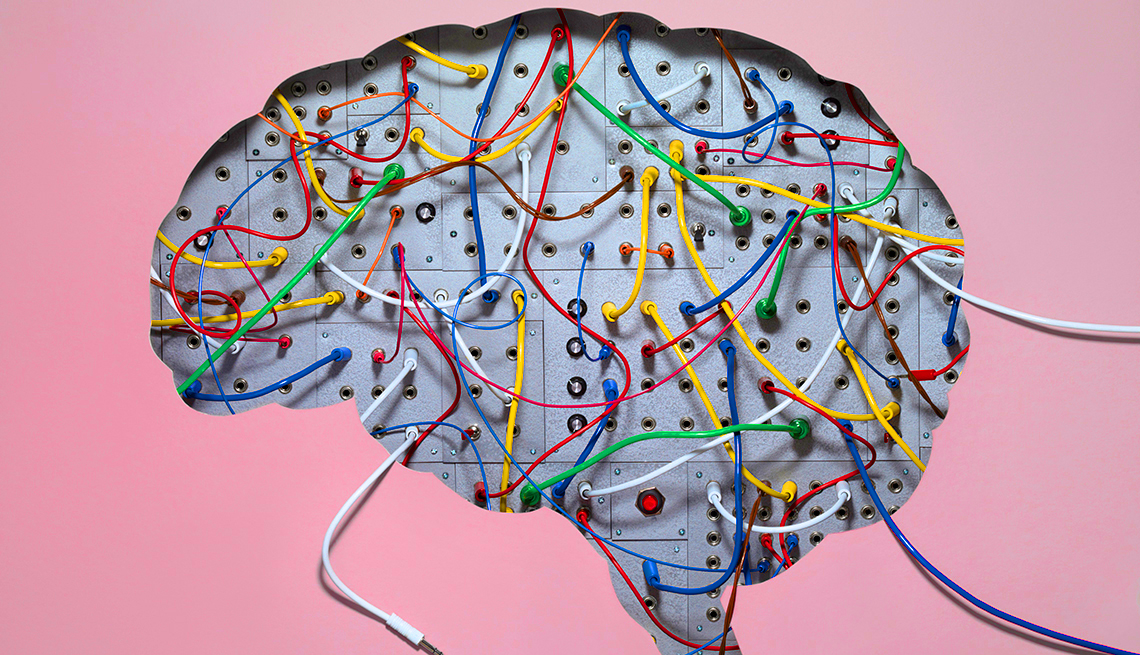 Ultimately, the value of an eclectic mix of interests can be boiled down to the many ways in which it engages your brain. While there’s still a lot that we don’t know about how our brain works, one thing neuroscientists have figured out is that our brains are flexible: they learn and adapt and actually reshape themselves based on the inputs we provide. Our world is more flexible and dynamic as it has ever been… and our brains need to be too.

All this is not to say that single-mindedness is completely useless in every scenario. Rather, it’s important to recognize that pursuing a wide range of interests has its value as a tool for personal and professional development. To be sure, nothing will ever replace the value of persistently and doggedly pursuing a single goal to the exclusion of all else. But once that goal is achieved, it’s important to step back and take the broad view. In many cases, that will require the ability to tolerate the ambiguity and discomfort of taking on new and diverse projects.

Q & A with Mark Holyoake

Zuckerberg’s Effect On The Economy, Government and Social Media