Home » Q & A with Mark Holyoake 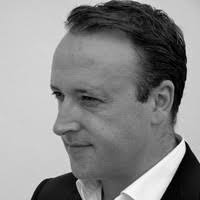 Q & A with Mark Holyoake

With a penchant for growing fledgling companies, streamlining processes, and garnering long-term stability within large scale organizations, Mark Holyoake’s repertoire includes many impressive ventures. Throughout his illustrious career, Holyoake has redefined the international business model, and has developed the necessary infrastructure to sustain long-term success for his companies. Mark Holyoake earned his degree in business from the University of Reading in 1995, and post-matriculation, immediately set out to spearhead several international real estate developments, as well as equity investments within the private food sector.

As the owner of Oakvest Holdings, he has leveraged his business acumen to result in tremendous growth of his largest investment in Iceland Seafood, where Holyoake served on the board for nearly a decade. During the time of this monumental investment, tensions regarding international business in Iceland were high, as the country continued to attempt to rebuild the national economy, following a complete economic and banking collapse. Under somewhat hostile conditions, Holyoake utilized his expertise to create a sustainable business environment, developed long-term peer relationships, and maintained a thriving business that became an international leader within the industry.

I have always been vastly interested in the prospect of revitalizing a certain niche portion of the food industry, and developing the standards and infrastructure that is needed to not only boost the current operations of the business venture, but to also set up said business to thrive on a long-term basis. Previously, within the role as Director of various other seafood companies, I amassed the technical know-how, industry specific skills, and understanding of the industry. I was enthralled with the industry, and recognized the growth potential through collaborative efforts, restructuring and streamlining of operations, and development of sustainable infrastructure.

Specifically, within the scope of Iceland, and international business venture, I recognized the then-existing instability as a wonderful opportunity to bring stability through business to the native land. While many people saw this endeavor as rather risky, I recognized the power of uniting various already existing fishing groups, developing the business to withstand continued growth and development, and creating a positive impact for natives.

In 2010, through my company International Seafood Holdings, I purchased the majority share of Iceland Seafood International, with the goal of reinvigorating the company. Throughout the next ten years, I developed a plan for robust growth, industry collaboration, sustainable practices, and most importantly, long-term financial wellness for the company.

How do you make money?

Through my holdings in Iceland Seafood, I was able to garner profit as a result of the company becoming increasingly profitable. Though many deemed the initial investment somewhat of a risk, especially due to the financial instability of the time, I successfully scaled the company throughout my decade long involvement, and thus, when I sold portions of my shares for the purpose of involving other key players into the company, I was fortunate to receive the earned increase in share valuation.

Essentially, through most of my professional ventures, I make money through purchasing private equity within companies, and utilizing my expertise to create company growth, which, in turn, creates profit.

How long did it take for you to become profitable?

That is somewhat of a tough question to answer, as profitability can be seen from a short-term outlook, and be vastly different from profitability on a long-term scale. For example, making $10,000 on a short-term deal may seem like a great way to instantly see the results of hard work. However, making $1,000,000 on a deal within the span of ten years is a significantly more lucrative end result, though not necessarily immediately recognized as such.

With that in mind, I tend to look at profitability, wealth, and success through the lens of long-term potential payout. Throughout my investment portfolio, I focus on projects that I believe in, where I see tremendous potential through the creation of long-term structural change.

When you were starting out, was there ever a time you doubted it would work? If so, how did you handle that?

Of course, as an entrepreneur, there isn’t much of a safety net to fall back on, which can be somewhat of a daunting venture. Unlike traditional vocations, investing in a growing industry can be a bit more daring, and elad to doubts, especially within the initial stages of operations. Of course, I was not one to escape those feelings totally. Thus, I kept reminding myself that I was utilizing common sense, following my professional instincts, and creating an infrastructure that would manifest itself to its fullest potential over the span of many years, rather than expecting immediate results. By rationalizing the process, I was able to take things one day at a time, and successfully focus on the tasks at hand, rather than worrying excessively about the future.

What is one marketing strategy (other than referrals) that you’re using that works really well to
generate new business?

I truly believe in a collaborative nature between industry peers, one that can benefit all parties involved. Thus, I was always very receptive to the notion of marketing services, benefits of collaboration, mutually beneficial partnerships, and business to business services throughout the industry. With Iceland Seafood International, this collaborative spirit has led to the creation of extremely cohesive operations, with all members of ISI having control over each aspect of the fishing process, from fishing, to packaging, to transportation.

What is the toughest decision you’ve had to make in the last few months?

Certainly, stepping down from the Board at Iceland Seafood has been one of the toughest decisions I have had to make within the previous few months. I have honed the company, developed integral operational structures, and have been vastly involved within operations for the past decade, and thus, recognizing the importance of allowing others to manifest the company in its’ next phases was somewhat personally difficult for me. In essence, the company’s worth has increased more than ten times its’ original valuation, has gained the partnership of a large chunk of Iceland’s professional fishing quota at 27%, and has evolved into an industry leader. The company has passed thresholds that previously felt far off in the distance, and has been able to flourish year over year.

Thus, within this steady success, I began to recognize the time as being appropriate to hand over the reigns to the next generation of leadership. 2018’s successful acquisition of Icelandic Iberica welcomed a further expansion of the supply chain, and allowed for vertical integration to occur. In addition to stepping down from the Board, through my company, I also sold shares of my stake in Iceland Seafood International, for the sake of allowing new key players to enter the arena. Currently, my company, International Seafood Holdings, still retains roughly 211,640,768 shares, around 9% of the company’s total shares. As a previously admitted macro-level thinker, this decision has meant that I own a significantly smaller portion of the company. However, I now own a smaller portion of a much more lucrative company.

What do you think it is that makes you successful?

Throughout my career, I have appreciated the benefits of human interaction within a professional sphere, a networking component, or a collaborative effort. As I’m quite social by nature, engaging with others has always come rather naturally to me. However, I have recognized the value in this quality on a business level, where I am confident that a significant portion of my success can be attributed to the flow of ideas within a collaborative sphere. Throughout the road to success, I have gained massive amounts of knowledge, insight, and direction through social endeavors with colleagues, peers, and even competitors. While I believe it is important to have one’s own convictions, directions, and confidence in strategy, it is equally as important to be able to recognize the benefits of knowing when to gather collective feedback.

What has been your most satisfying moment in business?

I am incredibly proud to have played a part in the overwhelming success of Iceland Seafood, and for the kind words that have been exchanged between leaders, peers, and the individuals involved within the company, especially throughout my stepping down period. To hear that I have impacted the company in a positive manner, and the lives of employees, consumers, and everyone in between, has been a truly proud experience. Additionally, knowing that I built something from virtually nothing, to have that final result in hand, has provided me with an extraordinarily profound sense of personal success.

What does the future hold for your business? What are you most excited about?

Through Oakvest Holdings, I am looking forward to spearheading my next foray into the acquisition of equity, most likely within the niche food production industry. With so much experience in creating long-term success for a large company within the private food sector, I am ready to take on the next challenge. Additionally, I feel confident that there are vast untapped resources within this field, and a lot of companies operating without the infrastructure that is conducive to long-term stability, wealth, and continued growth. Thus, I am excited to apply the lessons that I have previously learned, in another food related venture.

What business books have inspired you?

What is a recent purchase you have made that’s helped with your business?

Though it is certainly not business related, I truly believe in taking the time for self-care, which benefits one’s business, by allowing one to feel ready to tackle the day. I recently purchased personal training sessions, and continuously seek to better my mental and physical wellness, believing that the harmony of health can bring about great fortune in business.

What trends within the entrepreneurial world excite you?

As a whole, people are working toward managing self-care in a more proactive way, and taking the time necessary to invest in their overall wellbeing. Generally, individuals are becoming more aware of the ways in which they can proactively help their bodies, minds, and spirits to work in tandem, for the sake of optimal wellness. As a result, people are living longer, healthier lives. From an entrepreneurial perspective, this opens the doors for a multitude of new products not yet popularized on the market, from interactive tracking tools, to physical implements that aide in the pursuit of wellness, and balanced ways to garner nutrients. There is a plethora of invention that can occur, with the realization that a new market is flourishing, focused on personal wellbeing, and longevity.

What strategies have helped you to accomplish changes within your companies on a large scale?

Even though I sometimes wish I could “do it all”, there is simply not enough time in the day to conquer every task at hand. Thus, I’ve learned to bestow responsibility upon others, to surround myself with a trustworthy team, and to allow team members the autonomy, coupled with extensive support, that they need in order to thrive within their own responsibilities. Through this delegation of tasks, I have found myself to be much more productive, and the end results of projects to be highly successful. As a leader, it is important to not only do the work, but to also teach others to do the work necessary for collaborative success. I truly believe that a company cannot be successful on a large-scale basis, if responsibilities are not shared within the leadership roles. Through exercising this loss of control, I have recognized that my peers share the same drive for success, and together, we are vastly more valuable than individually.

Michelle Obama Partners With An Organization To Create A Mentoring Program